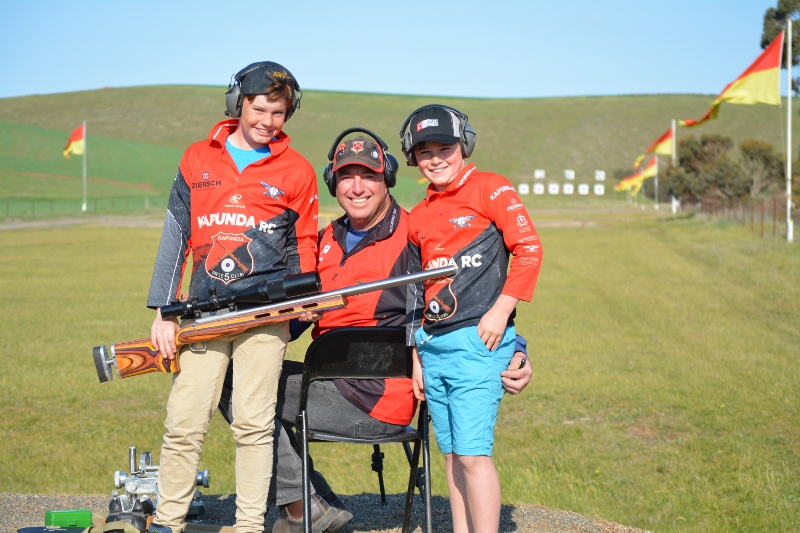 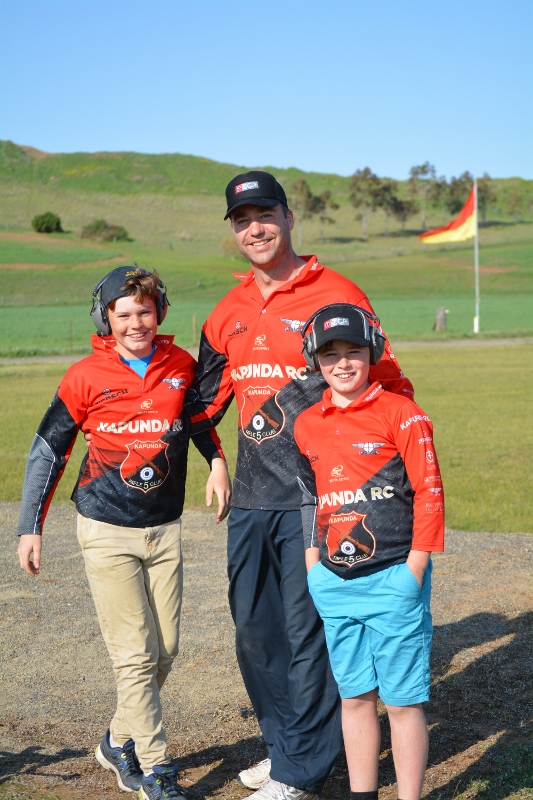 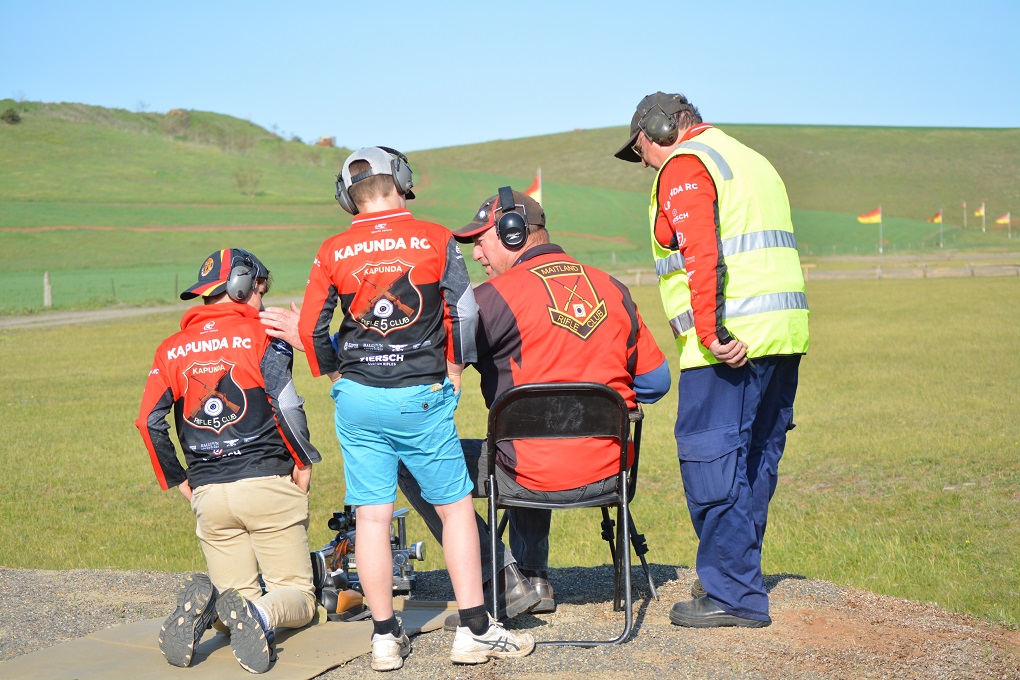 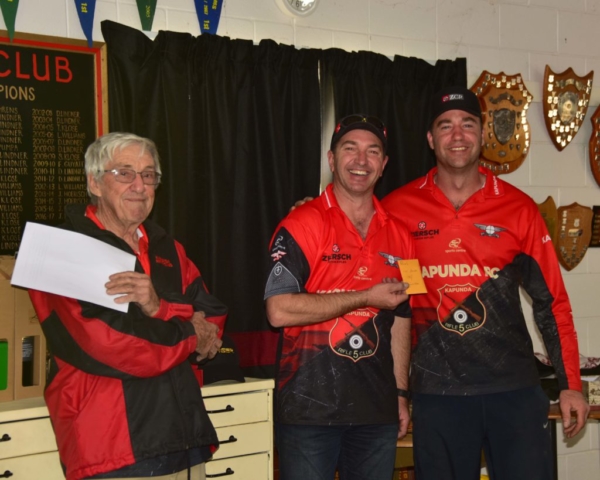 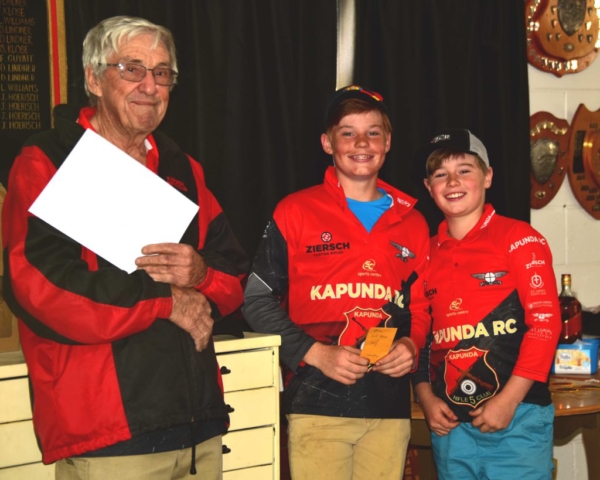 Well, it was always going to happen. Jerome’s two young lads aged 12 and 10 have pushed him to perform his best at the Kapunda Open Prize Meet Pairs Shoot on Sunday Sept 9th 2018.

As they lay down at 700m for the final ‘fun’ shoot  of the day (F-Open Pairs match) it was Jerome Ziersch and Peter Larsen v Cohen and Flynn Ziersch to shoot an 8 shot, 1 sighter match. The stage was set and with a smirky giggle from the young boys, the challenge was set and spectators held their breath for what was to come. Steady and precise, the boys had a great mentor wind coach in Lynton Wakefield (Maitland Rifle Club) and the scores were level after the first teammate’s round.

Anticipation was high as Flynn was quietly confident he got the brothers off to a great start. Peter and Jerome could see the X’s and 6’s being marked on the boys target through their scopes and had to keep their head in the game. Well seasoned to the Kapunda Range’s quirks and traits Peter and Jerome shot beautifully. Concentration was tricky, the crowd on edge and Cohen’s efforts were looking the goods. It all came down to the last shot which separated the two teams by only 1 X!!! and, despite the crowd support for lads, Jerome and Peter finished winners.

At presentations, Jerome said he couldn’t have been prouder of his sons who will clearly beat him in the VERY near future. 🙂